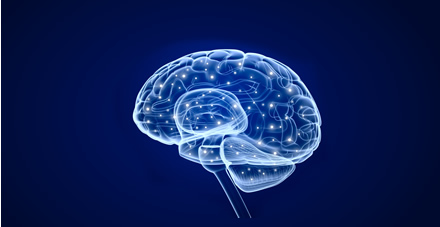 Last month, in Part I of our review of the aging brain, we discussed the physiological characteristics of an older brain, and the lifestyle habits that can affect how well we cope.

This month, we look at what hurts your brain as it ages, what the older brain does better than its youthful self and what you can do to maintain cognitive health and function as you get older.

What’s Bad for Your Brain 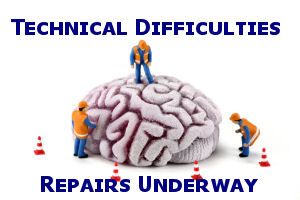 A few months ago, the Institute of Medicine (IOM) issued a report,“Cognitive Aging: Progress in Understanding and Opportunities for Action,” that identified certain medications that are linked to cognitive decline and delirium in older adults. It’s a daunting challenge to address these potential side effects because people between ages 65 and 69 take an average of 14 different prescription drugs per year. The report also detailed the brain-busting effects of delirium, and the hospitalization that often results from it.

Strong anticholinergic drugs (including antihistamines and some antidepressants) as well as benzodiazepines (Valium, Xanax for anxiety and sleeplessness) are linked to delirium, cognitive impairment and dementia. Some people need to take these drugs, but they must be aware of the side effects.

If you’re taking a new drug or dose, and you experience confusion, dizziness, problems concentrating or other new challenges to cognitive function, discuss it with your physician. The dose might be able to be adjusted, or you might be able to take a different med with fewer negative effects.

If taking these drugs is essential, you might have few options to address their cognitive challenges except to adopt the healthful behaviors described in the September newsletter.

Conditions common among older people that often are treated with drugs that can impair cognition include:

Apart from brain-zapping meds, these problems also can affect cognitive function, and often can be alleviated with nonpharmaceutical interventions:

Two big threats to brain health are delirium and hospitalization. Delirium is a sudden severe confusion due to rapid changes in brain function most often caused by physical or mental illness. Many disorders cause it because they don’t allow sufficient oxygen to the brain. The IOM said delirium is strongly connected to problems with brain health later in life and is preventable in as many as half of all cases.

Because it’s so stressful for older people, hospitalization also is linked to mental decline, and often follows a case of delirium. To learn more about delirium and why it’s such a significant health threat, read Patrick’s blog about brain problems resulting from a stay in the hospital ICU.

The IOM, however, said patients who get good sleep, control pain and stay hydrated are better able to reduce their delirium and the negative consequences of hospitalization.

And the Good News Is…

Just because you’re aging doesn’t mean you will experience memory or other problems; cognitive decline is not inevitable, according the IOM report, and some aspects of brain health can improve with age. The old adage is scientifically sound: With age comes wisdom.
Advancing years bring the benefit of accumulated knowledge, and its insight, judgment and planning skills.

Harvard Health Publications offers reasons “why you should thank your aging brain.” Starting in middle age, you draw on more of your brain’s capacity for improved judgment and decision making. As explained by Dr. Bruce Yankner of the Paul F. Glenn Laboratories for the Biological Mechanisms of Aging at Harvard Medical School, “Several studies suggest that seniors who can activate both sides of the brain actually do better on tasks, while those who can’t do worse.”

Brain scans of a teenager working through a problem showed a lot of activity on one side of the prefrontal cortex, which we use for conscious reasoning. But in middle age, the other side of the brain begins to contribute. In seniors, both sides of the brain share the task equally.

If you’re getting older and more frustrated with your increasing incidence of “senior moments,” consider a study Harvard recalled of air-traffic controllers and airline pilots 50 to 69 years old. They took longer than younger folks to master new equipment, but once they did, they made fewer mistakes using it. (Hello GPS programming!)

The researchers attributed that mastery to maturing changes in your glands as well as your brain. “Declining levels of testosterone — even in women — result in better impulse control,” according to the Harvard publication. “The end of the hormonal roller coaster of perimenopause may also contribute to emotional stability. After midlife, people are less likely to have emotional issues like mood swings and neuroses that interfere with cognitive function.”

But don’t underestimate the value of your life experience. Just living longer, said the report, “enables you to better assess new situations. At midlife, most people are more adept at making financial decisions and getting to the heart of issues than they were when they were younger.”

As you age, you’re probably better at:

Ever had trouble driving while telling a joke to your passenger? Ever driven right past the store you’ve been to a million times, then wondered why you didn’t realize you were so close to your destination?

Some cognitive processes depicted in MRI brain scans, according to Harvard Health Publications,show that in younger people, the region of the brain responsible for performing a task shuts down immediately when it’s finished. But older brains, like older computers, take longer to shut down.

That’s why multitasking is more difficult for older brains — they require more brain function for a single task and don’t free up efficiently. So after making that turn in traffic, an older driver might have trouble picking up the punchline.

And not realizing that you’ve reached your destination until you’re on top of it? As the Harvard publication said, “On those occasions your brain may have slipped into the default mode, which controls processes like remembering and daydreaming that are not required for a directed task. Imaging studies show that interconnected regions of the brain dubbed the ‘default network’ grow more active with age, indicating that as we age we spend more time daydreaming.”

One helpful exercise to address these situations is to make a list of times when your mind wandered and forgot what you were doing; a time when you misplaced something you couldn’t find later. Pay attention to your state of mind when the slip occurred: Were you doing something so routine, so habitual that you were operating on autopilot, as we all sometimes do? Or maybe you were running late for an appointment, or otherwise under stress?

As Harvard advised, “Practice being more aware in similar situations.” For example, describe what you’re doing as you do it: “I’m driving through the intersection of State and Elm,” or “I’m putting my keys on the hall table.” This play-by-play commentary is going to help you remember what you have done.

Some tips to aid your unreliable memory.