If injurious behaviors can’t be stopped, can they be reduced or mitigated? 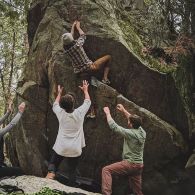 Since the 1980s, health experts around the globe have recognized that those with serious health needs may not benefit from ways that traditional medicine may have judged them and dealt with their ills. Instead, these advocates have argued that certain injurious behaviors — with substances, sex, and individuals’ control over their own bodies — cannot just be stopped. But can they be reduced or mitigated?

This has become a controversial topic, as doctors and other medical personnel have, for example, tried to reduce the spread of HIV-AIDS among drug abusers by opening sites where they can obtain clean syringes and exchange them for new and hygienic supplies when they need them.

To slash the spread of HIV-AIDS, proponents of harm–minimization approaches also have not promoted abstinence among sexually active individuals and in groups hard hit by the disease but rather advocate safe sex practices (especially the use of condoms), frequent testing, and the widespread use of pre-exposure prophylaxis medication, aka PrEP.

Proponents of this approach also have tried to take judgments out of the treatment of drug addicts, for example, by providing places where they can do drugs more safely or by widening the supply of prescription medications that can reverse the damages caused by overdoses of opioid painkillers.

A recent research paper summarized why medical personnel have taken pragmatic views of dealing with people’s health foibles. Here is what the authors wrote about these tactics with teens:

“There is a growing literature supporting the efficacy of harm reduction strategies in both the prevention and intervention of behavior with potential health risks.”

The researchers compared a teen alcohol program that promoted “zero tolerance” in booze use versus two other initiatives that were less harsh and emphasized teaching kids about substances’ detrimental effects on their lives and bodies and how to deal with peer and other pressures The tough program, several studies found, was “non efficacious” in battling abuse, while the others showed measurable gains.

While medical and academic journals may be filling up with more studies on harm reduction, it is unclear exactly how and when this approach will be applied in U.S. health care. As a leading advocacy group for it internationally has observed (their italics included for emphasis):

“Harm reduction is grounded in justice and human rights. It focuses on positive change and on working with people without judgement, coercion, discrimination, or requiring that they stop using drugs as a precondition of support. Harm reduction encompasses a range of health and social services and practices … These include, but are not limited to, drug consumption rooms, needle and syringe programs, non-abstinence-based housing and employment initiatives, drug checking, overdose prevention and reversal, psychosocial support, and the provision of information on safer drug use. Approaches such as these are cost-effective, evidence-based, and have a positive impact on individual and community health. [But] There is no universally accepted definition of harm reduction.”

With new research suggesting that diet, exercise, drugs, and even surgeries alone may not address sufficiently the huge challenges with excess weight that so many people struggle with, it may be that this harmful health condition may not resolve by traditional means.

Doctors and other health professionals, instead, may be forced to minimize obesity’s harms with an array of means — not just by “fat shaming,” ordering tough dietary and exercise regimens, or recommending surgical procedures for the overweight. Instead, medical staffers may need to accept that weight loss can occur slowly or not at all for patients. They may need help with heart, lung, and other ailments — or need to avert weight-worsened illnesses — as they seek to drop pounds. This also may occur only if those with weight problems get counseling and multiple medical interventions (drugs or surgeries) to assist their getting lighter and healthier.